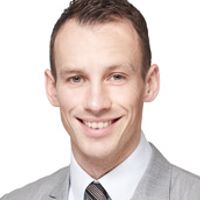 I was recently a subject in an exhibition showcasing robotic artwork, Human Study #1, 5RNP by artist Patrick Tresset @patricktresset, featuring five robot artists sketching me from different angles. Each robot, consisting of a camera on a stand and a robotic arm holding a pencil, was programmed by Tresset to draw in a different style. They behaved in an uncannily human like manner, scrutinizing me attentively with their agile lens before abruptly switching their focus to the paper in front of them and seemingly commanding the subservient robotic arm into sometimes maniacal, sometimes lethargic, action, like a conductor and orchestra, each playing a different piece.

The five pieces were produced in under 30 minutes and you can see how different they look from each other.

Tresset is the author and first owner of the copyright in these works, but who would be the copyright owner if the programmer was not Tresset himself?

The chain of creation of an AI artwork can mean it is difficult to determine who, if anyone, is the owner. Under the Copyright Ordinance of Hong Kong (as well as the Copyright, Designs and Patents Act 1988 in the UK), the author of an artistic work which is computer-generated shall be taken to be the person by whom the arrangements necessary for the work are undertaken.

In any case, where a team of programmers writes an algorithm with the input of another person, such as an artist, then the identity of the owner may not be clear cut, and authorship may therefore be joint, depending on the extent of the respective contributions of the parties.

The laws of other jurisdictions don’t always provide such clarity on the authorship of computer generated works, which can lead to problems. If an AI generated work is not protected by copyright, anyone can freely make copies of it and distribute it, which may discourage those in the chain of creation from developing AI systems for the creation of original works, not just art, but also music and literature. Further, there would be uncertainty as to who is responsible for the violation of the law or infringement of another’s rights by an AI artwork.

In October 2018, an artwork created by AI in the style of 19th-century European portraiture, the Portrait of Edmond de Belamy, was sold for US$432,500. The work was created by a computer program that generates new images based on patterns in a body of existing work, whose features the AI learns. The artists who trained the AI did not write the algorithm or produce the “Old Masters” image set on which the AI was trained. It was a highly controversial event in the art world at the time, but computer generated art, and the means to create it, are becoming more commonplace every day and have given birth to a fledgling generation of AI-oriented artists. How successful AI-generated art will be as an artistic movement only time will tell, but it has certainly been a profitable one for some.

Tresset’s work was featured as part of the Art Unchained project, which also included two online forums, one of which, Blockchain: A Brave New World of Consumerism, I participated in as a panelist and spoke about the impact of blockchain in the art world and the democratization and decentralization of content and royalties in the music industry. You can listen to a recording of the forum below.

I was recently a subject in an exhibition showcasing robotic artwork, Human Study #1, 5RNP by artist Patrick Tresset @patricktresset, featuring five robot artists sketching me from different angles... Tresset is the author and first owner of the copyright in these works, but who would be the copyright owner if the programmer was not Tresset himself?

Webinar: Is Latin America ready for a cryptocurrency boom in 2021?
Manuel Godoy Luque