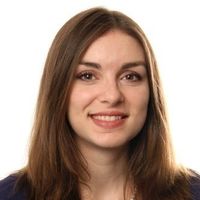 It's been a bumper week for the Australian security and intelligence community...

Yesterday, the Australian Government introduced a Bill to Parliament aimed at deterring, disrupting and defeating criminal exploitation of anonymising technology. The Surveillance Legislation Amendment (Identify and Disrupt) Bill would create 3 different types of warrants which would allow the Australian Federal Police, the Australian Criminal Intelligence Commission and, by extension, the Australian Signals Directorate, powers to disrupt and investigate a wider range of serious crimes. Essentially, the Bill would enable these agencies to undertake data disruption, network activity information and account takeovers where a relevant warrant is issued. Privacy advocates are unsurprisingly concerned.

As if that wasn't enough, today the Australian Government released an unclassified version of its report from the Comprehensive Review of the Legal Framework of the National Intelligence Community (AKA the Richardson Review), along with its response which accepts in full, in part or in principle 186 of the report's 190 unclassified recommendations.

Although the report says the Australian intelligence framework is well-maintained and largely fit for purpose, it also recommends, and the Government intends to proceed with, the creation of a modernised legislative framework for the regulation of electronic surveillance. This framework will revamp and replace aspects of a number of existing laws, including the Telecommunications (Interception and Access) Act, the Surveillance Devices Act and the Australian Security Intelligence Organisation Act. Other recommendations include: a new regime for ASIO's overseas intelligence work; revised and improved oversight of intelligence activities; creation of an independent panel to assist the Inspector General of Intelligence and Security. More information can be found on the Attorney-General's website and in the associated press release.

The latter reforms are, I'd wager, a couple of years away as the reform process will involve consultation with the public and industry, followed by the mammoth task of rewriting over 1,000 pages of legislation. In the meantime, it is worth looking closely at the current Surveillance Legislation Amendment (Identify and Disrupt) Bill, which is likely to have implications primarily for telecommunications and other electronic service providers who will be in line to receive the new warrants - but also of course for individuals who may be concerned about governmental encroachment on their freedoms and privacy.

"This will be one of the biggest national security legislative projects in recent history – requiring the repeal and rewriting of nearly 1,000 pages of laws."