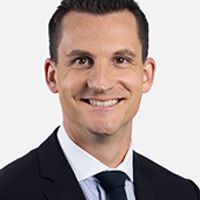 The Australian Communications and Media Authority (ACMA) has published a fascinating market study which maps out a trajectory of significant growth for the Australian space sector underpinned by recent increases in regulatory activity relating to approval and licensing of new satellite networks in Australia and raises corresponding regulatory issues and spectrum implications that will be of interest to current sector participants and prospective market entrants alike.

The ASA has identified 6 focus areas in its Communications Technologies and Services Roadmap as areas of greatest opportunity for Australia, which notably includes:

These opportunities each raise their own regulatory issues and spectrum implications.

In line with the ASA's Roadmap, ACMA reports:

and encourages prospective or current market participants to contact satellite.coordination@acma.gov.au early to discuss their business plans and spectrum requirements.

"Proposed LEO constellations have been generally growing in number, with several start-up ventures in the process of obtaining regulatory approvals to operate on a global scale... Most of these providers are seeking to provide high-speed internet to parts of the world where traditional broadband is too costly to provide."