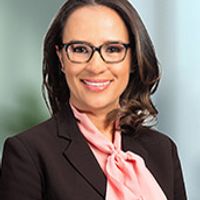 The Australian Federal Court has reviewed the decision of the Commissioner of Patents in Stephen L. Thaler [2021] APO 5, which I discussed in a past post back in February 2021.  The Court has departed from what appears to be the international trend, and has held that, contrary to the Commissioner's decision, an AI machine can be named as an inventor in a patent application under the Patents Act.

Justice Beach found that the Commissioner's decision that an AI machine cannot be an inventor is incompatible with the objective of the Act set out in section 2A, which is to provide a patent system in Australia that promotes economic wellbeing through technological innovation and the transfer and dissemination of technology. In considering the meaning of "inventor" and the question as to whether AI machines could be inventors under the Patents Act, Beach J noted that:

a) there is no specific provision in the Act that expressly prevented AI machines being named as inventors;

b) unlike copyright law, which requires a human author or the existence of moral rights, there is no specific aspect of patent law that would drive a construction of the Act as excluding non-human inventors;

c) the word "inventor" was not defined in the Act, therefore it has its ordinary meaning.  The word "inventor" is an agent noun.  Agent nouns include the suffix "or" or "er" to describe the agent, that does the act referred to by the verb. Examples of agent nouns, such as "computer" and "dishwasher", confirm that the agent can be a person or a thing; and

d) The word "inventor" like the word "computer" is a word that might originally have been used only to describe persons, when only humans could make inventions, but can now aptly be used to describe machines which can carry out the same function.

Generally, on a fair reading of ss 15(1)(b) and 15(1)(c), a patent can be granted to a legal person for an invention with an artificial intelligence system or device as the inventor.

Priority registration of domain names directly in the .au namespace is set to open on 24 March 2022.
Victoria Bell

Can a design be published by sending a copy of it to a cohort of people by email?
Victoria Bell

Upcoming changes to the licensing rules .com.au and .net.au domains will restrict the ability of foreign companies to register or hold domain names.
Victoria Bell