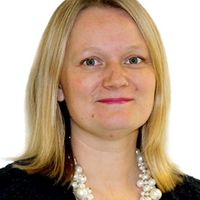 The UK advertising watchdog, the ASA, has published guidance on the application of the Advertising Code to cryptoassets, following on from several recent ASA rulings relating to cryptoassets (which we have discussed in a recent post).

The ASA acknowledges that the vast majority of cryptoassets are not currently regulated by the UK's financial authority, the FCA, and do not fall under the umbrella of financial compensation schemes. As such, the FCA currently does not exercise powers over advertising of most cryptoasset offerings in the UK.

The ASA notes the UK Government's plans to bring certain cryptoassets that are currently unregulated within FCA regulation (as discussed in our previous post). These changes are not expected to take effect before 2023. In the meantime, all unregulated cryptoassets will continue to be subject to the Advertising Code.

Note that NFTs are excluded from the Government’s announced changes and will therefore remain under the remit of the Advertising Code for issues of both misleadingness and responsibility once the financial services regulatory changes have taken effect.

The ASA references the definition of cryptoassets as set out in section 14A(3)(a) of the Money Laundering Regulations i.e. "cryptographically secured digital representations of value or contractual rights that use some type of distributed ledger technology (DLT) and can be transferred, stored or traded electronically".

Key points for advertisers to note when promoting cryptoassets, including NFTs:

Cryptoassets are complex and volatile products that are also becoming increasingly popular and widespread in the UK.  Because of the risks and complexities involved, advertisers of cryptoassets must take particular care to ensure they do not mislead consumers and are not socially irresponsible in the way they promote them.

The Future of Fintech
Sue McLean